What is an eating disorder?

An eating disorder is a compulsive behavior surrounding food that controls your life and also limits your freedom to eat in a healthy and normal way.

There are many different types of eating disorders. Here are some of the main ones:

ANOREXIA:
An addiction to dieting or self starvation. This usually causes a total deterioration of a person’s physical and mental health.

BULIMIA
A pattern of powerful, and often secret, binge eating (quickly eating large amounts of high calorie, sugary, fatty foods).The binge is usually followed by purging (removing the food eaten during the binge by using laxatives, diuretics, self-induced vomiting, compulsive exercise, or starvation). Because of the purge there isn’t necessarily weight gain, but it is very harmful to one’s health.

COMPULSIVE OVEREATING
This resembles the binge in bulimia (which may or may not be done secretly) or “grazing” (constant eating) over a few hours. This usually is done to escape or drown out unwelcome emotions such as anger, inadequacy, embarrassment, fear, loneliness, pain, insecurity, or boredom. This usually causes serious weight gain.

Pica
Pica involves regularly eating nonfood items such as cloth, dirt or soap for at least one month. Often occurring alongside other mental disorders, pica can cause intestinal complications, poisoning or infections.

Avoidant/Restrictive Food Intake Disorder
Avoidant/restrictive food intake disorder manifests in a person’s apathy toward eating, avoidance of certain foods based on their color or texture, and irrational concerns about choking. Those with this illness may fail to reach minimum daily nutrition requirements and experience significant weight loss.

Other Specified Feeding or Eating Disorder
Other specified feeding or eating disorder, formerly called eating disorder not otherwise specified, is a serious mental disorder affecting 40 percent to 60 percent of people who seek treatment for an eating disorder. People with this disorder exhibit symptoms of other eating disorders — and thus face the same risks associated with them — but fail to meet the criteria for an official diagnosis of a specific eating disorder, such as anorexia or bulimia. According to the National Association of Anorexia Nervosa and Associated Diseases, approximately one in ten people diagnosed with EDNOS has a co-occurring substance use disorder.

People who struggle with food usually find themselves in a vicious cycle. This cycle will probably be all too familiar if you are in the grip of an eating disorder.

Why do eating disorders occur?

However, everyone seems to agree that food struggles are complex. It’s not an isolated incident that causes an eating disorder or food addiction, but rather a combination of factors. From my own experience I have to agree with this.

More importantly: What can be done about eating disorders?

People with food struggles are trapped in a never-ending conflict that cannot be cured by a diet.The only way we feel good about ourselves or accepted by others is when we look good, are skinny, and perform perfectly all the time. However, this is an unattainable goal, so we keep failing at these high expectations we set for ourselves, and keep “needing” food (or food abstinence) to cope with these emotions. We are trapped in a vicious cycle.

Some of us feel that food (or food abstinence) is the best thing we have going in our lives. Even though we know about the dangers involved, we feel that abstinence or purging gives us control while the large amounts of food make us happy (even if only for a moment). We’re caught in this cycle and we really don’t want to let it go.

There is LIFE after eating disorders and food addiction. There’s peace, joy, healthy relationships, and a healthy body, but it’s not found in fad diets or dangerous methods. These things just keep us spinning around in circles year after year, trapped in the never-ending conflict described above.

CBT is used to help people identify, understand and change dysfunctional behaviors associated with problems such as eating disorders, substance abuse or depression. This highly structured psychotherapy approach teaches clients the skills needed to improve their quality of life. For those with eating disorders, the goal of CBT is to reduce unhealthy responses to food. For example, bulimic clients who participate in CBT may gradually work toward eating three meals per day while monitoring their food intake and unhealthy reactions to eating. They also learn to identify false attitudes related to their body image that may affect their eating behaviors.

Health providers use interpersonal therapy when they suspect a mood disorder, such as depression or anxiety, is the underlying cause of a patient’s eating disorder. The psychotherapy approach also identifies social factors that may have influenced eating habits, but it does not focus on food or body image. Through interpersonal therapy, clients learn to develop a sense of independence. They also learn how to deal with uncertain circumstances. However, studies show that this therapy approach is not as effective as CBT for binge-eating disorder or bulimia. It may be useful for some people with anorexia.

Research shows that mood stabilizers, antipsychotics and antidepressants approved by the Food and Drug Administration can be effective in treating eating disorders and other mental health problems such as depression.

A 2015 study published in the Indian Journal of Psychiatry stated that fluoxetine, a drug commonly sold under the brand name Prozac, could be helpful for preventing relapse in women who have restored their weight after receiving treatment for anorexia. The report also stated that antidepressants in high doses may be effective in treating people with bulimia or binge-eating disorder.

People with an eating disorder should seek help immediately. Failing to get help for a food-related disorder can result in a number of physical and mental health problems. Those who seek professional assistance have a greater chance of reaching recovery.

Food is Not the Enemy – http://foodisnottheenemy.com

Eating Recovery Center Washington – http://washington.eatingrecoverycenter.com/More importantly: What can be done about eating disorders

The Alliance for Eating Disorders Awareness
The Alliance for Eating Disorders Awareness offers programs and activities that provide outreach, education and early intervention for all eating disorders. The nonprofit works to eliminate stigma and promote access to treatment for those vulnerable to, struggling with or recovering from an eating disorder.

Project Heal
Project Heal provides grants to people with eating disorders who cannot afford treatment. Its mission is to promote healthy body image and self-esteem and to help people understand the importance of treatment and recovery.

Are you lying awake at night worrying about your ever increasing weight? Maybe you are worried about your health due to years of binging and purging?

Please reach out for help. Food related struggles such as eating disorders and food addiction are lethal disorders that needs professional treatment. Please get in touch with a professional counselor or psychologist today if you are dealing with this. Your life depends on it.

You can also contact Heleen at (503) 914-2749 for information, support, and professional counseling. She has worked with clients who struggle with food related issues for more than 15 years. 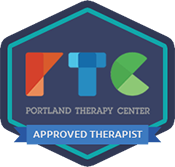